IFTTT has announced the release of their Maker tier of the IFTTT platform which now includes IFTTT filtering.  You can also chain multiple actions with a simple input which will allow more complicated Applets.

Build Applets with multiple actions and filter code. You can go beyond “if this, then that.” Adding another action to an Applet is as simple as an extra click. We’re also launching a filter component that enables you to input Javascript code that changes how an Applet runs.

The IFTTT partner platform was launched last November and they currently have over 200,000 users.  This new tier will open up the platform to even more people.

The filtering will allow users to put restrictions on their applets on when they run.  For example, if you have an applet that turns on your lights when you are near your home, you could now add a limitation that the lights will only turn on between the hours of 8pm and 6am.

This chaining ability will give you the ability to perform multiple actions with a single command.  You can tell your Google Home to turn on “Game Mode”, which might have before turned on your TV and game system using a Logitech Harmony Hub.  Now in addition to the TV and game system, you could also have it adjust your lighting with the Philips Hue.

If you use Samsung SmartThings, some of this functionality may seem familiar to you if you use the CoRE.  This will expand on the flexibility of your advanced rules by adding even more APIs that are not supported by SmartThings through device handlers.

Tell us what you think about the new Maker Tier of the IFTTT platform.  Will you be adding any IFTTT filters to your applets? 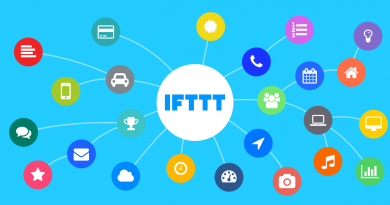 IFTTT (If This Then That)

Ecobee Geofencing has been released for Android.  This will require version 3.2.0 available on the Google Play Store now.  Ecobee has

Block Contacts on the Amazon Echo